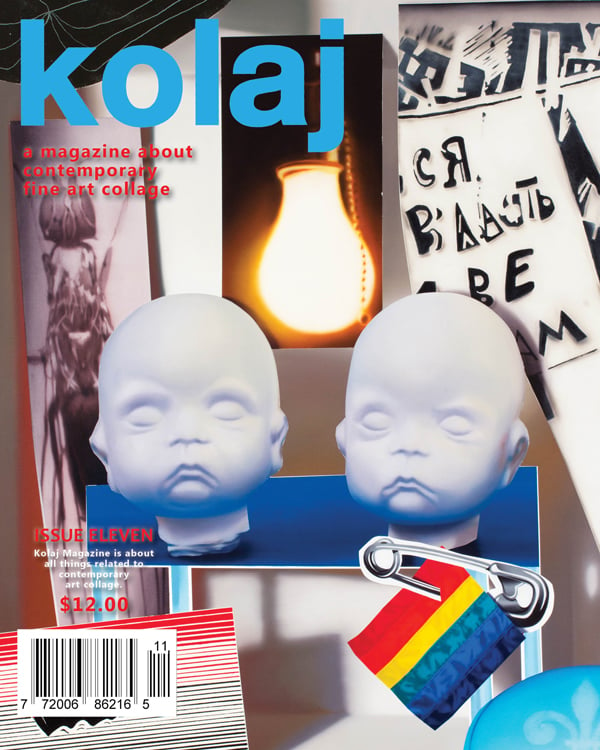 In this Issue: "Medium & Genre" is the theme of Associate Editor Ariane Fairlie's editorial in Issue 11.

On the Cover is Montreal artist David Elliott's Two Buddhas. An interview with Elliott, "Shadow Boxer", by Ariane Fairlie explores how is painting crosses multiple mediums

In "One Plus One Became Three", Kimberly Musial Datchuk interviews Vermont artists Blake Larsen and Alex Costantino about the art of collaboration.

The Joy of Dumpster-Driven Art Making is the theme of "Junked Art" by Liz Cohn.

Issue 11's Exhibition In Print has the theme of Broken Bodies. Curated by Ric Kasini Kadour.

And as always, a new Cut-Out Page and Artist Directory.