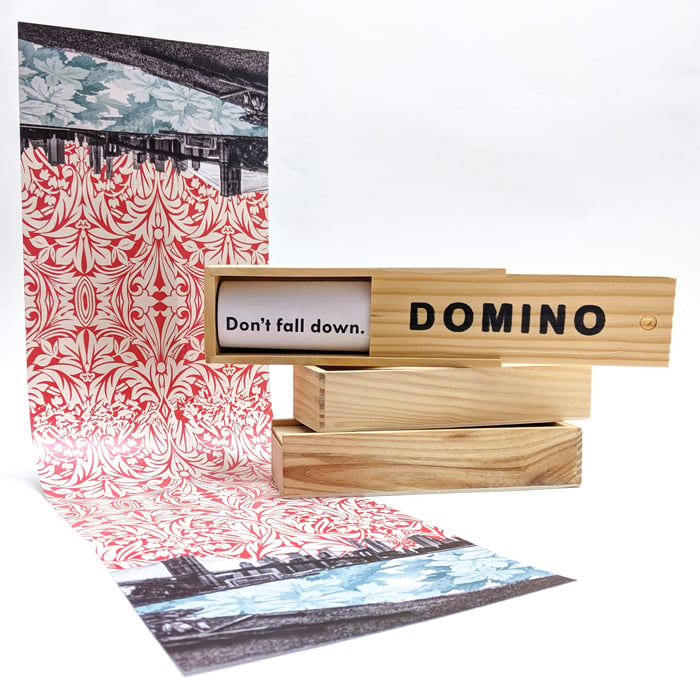 Domino is an artist book consisting of a paper scroll in a wooden box. One side of the scroll is a long collage that shows two landscapes of the Brooklyn Bridge, one upside down and one right side up. A sea of wallpaper is between them. As the eye moves through the pattern, the viewer encounters glitches, disturbances in what should be an orderly image. The other side of the scroll contains a dadaist poem.

Kadour said: "I have been thinking a lot lately about the idiosyncratic nature of the artist's journey and the importance of failure in the creative process. In talks and conversations, I find myself talking about the idea of failing upwards and embracing failure as a step of a larger process. Not all failure is the same. Some failure is because we tried something that was beyond our abilities. That is failure we can learn from. That is the failure we need to repeat over and over again. Other failure is because someone threw a wrench at you. Maybe you persevered, maybe you didn't. That sort of failure is about the glitches of life tripping you up. We can learn from these moments as well, but they are much more about how one moves through the world--or how the world is--than about one's own skills. I wanted to make something that speaks to that."