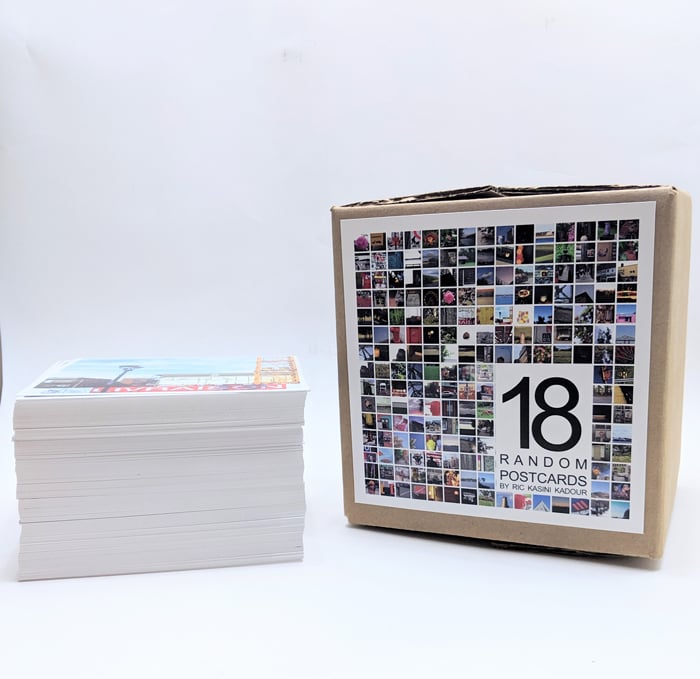 Between 2010 and 2013, Ric Kasini Kadour made 226 photographs inspired by the Walt Whitman poem, "Out from Behind This Mask". One photograph was made for each word in the poem. Read more this series here.

When he started doing INSTANT ARTSHOP, 18 Random Postcards were sold at flea markets, grocery stores, malls, and other public spaces where contemporary art didn't normally go. Each pack of postcards contained a random selection. Because it was impossible to collect all of them and because people never knew what was inside the envelope, the act of selling led to some great conversation. The purchaser needed to perform a leap of faith to commit. Many did. (To purchase one of these sets, go HERE.)